Our team is agile, multidisciplinary and award-winning with an extensive track record in philanthropy, social development and entrepreneurship, impact investment, social finance, public sector policy and the private sector.

We are supported by a committed board of trustees and a diverse group of industry-focused expert consultants, specialising in education, sustainability, futures thinking and place-based transformation. 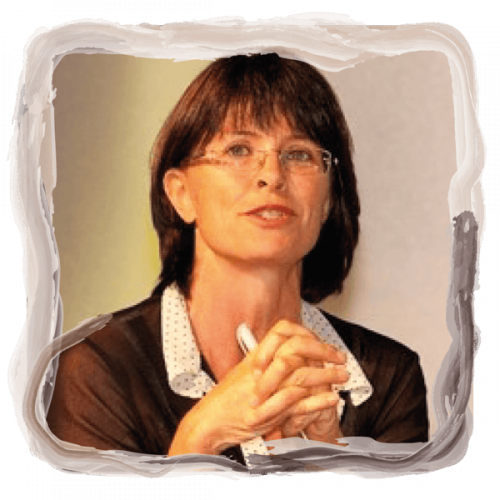 Tamzin is an award-winning venture catalyst and entrepreneurial leader in charitable and social development, philanthropy and impact investment. She has worked across the public, private and civil society sectors, driving a greater impact in the allocation of capital to the greater good. With foundation degrees in Commerce, Anthropology and Economics, Tamzin spent three years working with ex-political prisoners in South Africa during the release phase in the early 1990s. She subsequently refocused her career to engage the corporate sector for the greater good.

In 1998, Tamzin was the creator of the GreaterGood/GreaterCapital group, working to build a bridge between the financial and the social/ environmental/ philanthropic sectors. Recognised as one of the ten most trusted non-profits in South Africa, Tamzin subsequently established the South African Impact Investing Network (SAIIN) under GreaterCapital’s ambit, laying early foundations for unlisted impact investment and ultimately establishing the world’s first regulated impact investment exchange board in collaboration with the Stock Exchange of Mauritius, in June 2011.

Tamzin completed an MPhil in Climate and Development with ACDI in 2014, focusing on environmental citizenship and sustainable consumption. She is currently completing her PhD at the Centre for Environment and Sustainability at the University of Surrey. Awarded the GIBS Social Entrepreneur of the Year award in 2007 and appointed an Ashoka Fellow in 2008, Tamzin won the Thomson Reuters 2012 TrustLaw Innovation Award for the Impact Exchange and was a finalist in the Buckminster Fuller Award for the design of solutions to address 21st Century challenges in 2009 and 2010 and a Finalist in the Global Development Network Award for the Most Innovative Development Project (2009).

Geordie has a PhD (Zoology) in aspects of freshwater ecology with more than 20 years’ experience in river and wetland management, including planning and hands-on experience in mitigating impacts of construction and built infrastructure, water resource development and environmental flows. She has lectured to undergraduate and postgraduate courses, supervised theses and written over 50 papers, reports and reviews.

Geordie credits her political and social activism, in the National Union of South African Students for shaping her perspective.  She served on a school governing body for 9 years, an experience that sparked a deep commitment to wanting to contribute to finding solutions to the education crisis in South Africa.  She retrained as a teacher, earning her Post-Graduate Certificate in Education with Distinction at UCT in 2014.  She is passionate about improving access to quality teaching and resources. She subsequently taught for four years as an Intermediate Phase teacher at a government primary school in the previously designated Coloured township of Silvertown, serving the broader township areas of Athlone, Bridgetown, Kewtown and further afield, Bonteheuwel and Manenberg.

Noticing how deep social deprivations were reflected in low levels of literacy among parents and their children and how the constraints on parental involvement in the lives of their children made the task facing educators even more difficult, she initiated the ALERT project to better support the development of teacher practice and curriculum design in a way that would engage the most marginalised youth in their education. She also currently acts as Interim Programme Director for the Routes to Resilience education programme supporting sustainability and resilience programmes for scholars and unemployed post-school youth.

Having spent the first eight years of her career in advertising, Alex decided to pursue her dual passions: writing and social entrepreneurship. The result?  She currently divides her time between leading marketing and communications at a media consultancy, supporting the Impact Trust’s communications, and co-founding The New Ism, which seeks to build a sustainable global system by harnessing the ideas of energy of young people, and the expertise and values of social entrepreneurs.  Alex and her co-founder at The New Ism, Mel Young, wrote a book in 2020.

Alex has a Bachelor of Arts degree in French with Art History from Newcastle University in the UK. She has lived in New York, Paris and Chennai, and currently lives in London.

John is a qualified English teacher, father of two, and a native of South Africa’s Eastern Cape, where he matriculated from John Bisseker High School in 1975. He is an alumnus of three South African universities (UWC, UNISA and UCT), with his last stint being reading for an M.Ed. in Language and Literacy.

He has coached at least six national champions and has had similar success at international competitions. He is passionate about the power of words and their ability to persuade, influence and lead, and particularly through the medium of storytelling.

Dr Gerry Salole has been the Chief Executive of the European Foundation Centre (EFC) since 2005. The EFC is an association of over 200 public-benefit foundations and corporate funders active in philanthropy in Europe and elsewhere. His previous posts have included serving as Representative at the Ford Foundation’s Southern Africa office, based in Johannesburg, and Director of the Department of Programme Documentation and Communication of the Bernard van Leer Foundation, based in The Hague. He has also worked for Save the Children Federation (USA) in Ethiopia and Zimbabwe, and Redd Barna (Norwegian Save the Children) and OXFAM UK and UNHCR in Ethiopia.

After graduating from Oxford University with an honours degree in English, Mike Freedman began his working life as a copywriter, then creative Director and ad agency partner, winning many international awards, including world’s best copywriter.

After breaking his neck in a car accident, he began a portfolio career that spans research, brand development, think-tanks, urban futures, writing and social impact, propelled by the belief that he has consolidated these interests into FreedThinkers.

FreedThinkers is a partnership that specialises in market research, brand development and placemaking. Mike consults on purpose-driven strategy for corporates, NGOs, Governments, towns and cities.

With a background in finance and ten years experience in the banking industry, Tony switched to fulfil a career in leisure and hospitality management, establishing his own business in the New Forest in 2007.

Passionate about securing South Africa’s future, he has spent the last three years committed to supporting development initiatives that unlock the potential of youth and vision a resilient future.

Simon was born in Zambia in 1962 and moved to Cape Town a few years later. He has worked and lived for periods in London and in Sydney, subsequently joining a British adventure travel company to work as an overland expedition leader. After four trans-Africa expeditions and two around South America, and a short spell as a white-water rafting guide back in Australia, Simon returned to Cape Town and to his profession as an Actuary, quickly rising to be the leading consultant at South Africa’s largest firm of consulting actuaries.

In 2003, Simon and his wife, Magda, also an actuary, joined forces to start an investment management company. In 2015, their company, Sygnia, was listed on the JSE and the company continues on a strong growth trajectory under Magda’s leadership. Sygnia is considered a disruptor in the financial services industry and as a fintech company places a lot of focus on the use of new technologies in delivering investment products and financial services at low cost to consumers.

In March 2017 Simon stepped down from some of his responsibilities at Sygnia to be able to focus his time on multiple other initiatives. Simon graduated from UCT in 1984 with a Bachelor of Business Science degree, majoring in Actuarial Science, and qualified as a Fellow of the Faculty of Actuaries in Edinburgh in 1987.

Gillian Kettaneh has worked as a corporate lawyer, project financier, strategic investor in emerging markets since 1989. She started her career at Cleary, Gottlieb, Steen & Hamilton (New York), then spent 10 years working for development finance institutions – The World Bank (Washington DC), The European Bank for Reconstruction and Development (London) and the International Finance Corporation (Johannesburg). Following the IFC she worked for Royal Bafokeng Holdings, the asset management company for an indigenous South African community with commercial assets of GBP 3 billion.

Gillian has a BSc Economics degree from the London School of Economics; Juris Doctor from Harvard Law School and a Masters in Public Administration from the Harvard Kennedy School. She is currently a trustee of the Impact Trust South Africa and Bioversity International (UK). Her interests are in the areas of sustainable natural resource use, innovative financing mechanisms and community development.

Gary has been working at the intersection of business strategy and sustainability for more than a decade. Prior to joining Nedbank in 2013, he was Deputy Director at the University of Cambridge Institute for Sustainability Leadership (CISL) and previously served as Executive Director at SustainAbility in London, where he advised numerous blue-chip organisations on how to strengthen their business strategies with enhanced systems intelligence.

Gary’s career in sustainable development began when he joined WWF International’s Climate & Energy team in 2006. Gary is the author of the WWF publication on electromobility titled “Plugged In”. He has a PhD in Physical Chemistry from the University of Liverpool and has held a season ticket with Liverpool FC since 1991.

Elspeth is Deputy Director of Cambridge Institute for Sustainability Leadership, South Africa. She joined CISL in 2008 and in addition to designing open and customised programmes in South Africa, she is a tutor on CISL’s Post Graduate Certificate in Sustainable Business and the Anglo American Advanced Sustainability Management programme. Prior to this, she was at the University of Cape Town’s Graduate School of Business.

You can find out more about which cookies we are using or switch them off in settings.

This website uses cookies so that we can provide you with the best user experience possible. Cookie information is stored in your browser and performs functions such as recognising you when you return to our website and helping our team to understand which sections of the website you find most interesting and useful.

Strictly Necessary Cookie should be enabled at all times so that we can save your preferences for cookie settings.

If you disable this cookie, we will not be able to save your preferences. This means that every time you visit this website you will need to enable or disable cookies again.